"Let's get things done... Becoming the new foundation, to open up a new future" - Shiki Toma

Toma Shiki is a tall, thin young man with auburn hair and brown eyes. At the start of the series, he often wears his school uniform which consists of a black T-shirt, brown vest and black pants and shoes. But then he starts wearing the Kao Council jacket later on.

Toma Shiki is a kind and intelligent person. He is very mature and level-headed, but is also sensitive to the needs of others to the point that he will often go out of his way to help people.

At first, he didn't want to join the Kao Council because he didn't like the way Ayanagi screens out its students. But he agreed to do it after Otori convinced him that he would see something new from the top and may be able to invoke change in the academy.

Toma doesn't care about his position as leader of the Kao Council, emphasizing more importance on the younger students and making sure that Opening Ceremony is a success. This eventually puts him into conflict with Ryo Fuyusawa who has high ambitions and actually desired the position as leader.

He is also very driven and hardworking. However, he has a habit of overworking himself to the point where he often forgoes sleeping and eating.

Toma first met Yuta while he was taking a nap at the old outdoor stage. After waking up, he asks Yuta what he is doing at the old outdoor stage and Yuta replies that it is a special place to him. Hearing that, Toma informs Yuta that the school is tearing down the outdoor stage soon since it is old and that this area will be off limits starting this semester. Noticing Yuta's despondent face, Toma replies that he is willing to let Yuta's visits slide once in a while, since no one comes to the place anyway. Replying that it'll be their little secret, Toma walks away.

After that meeting, Toma and Yuta regularly meet up at that spot, whenever Yuta is feeling depressed or needs to think and Toma offers him advice in return. Though Yuta is unaware of Toma's position as the head of the Kao Council. After Toma's identity is revealed during the test stage for Opening Ceremony, Yuta is shocked but is also happy that he is willing to listen to their request of performing in Opening Ceremony.

Later on, Yuta admits that he didn't like Toma at first, but has grown to like him after getting to know him.

Masashi first met Toma during their first year together at Ayanagi, when Shion and his team were having problems with their choreography and Toma offered to tutor them. Though their first practice session didn't go well, eventually they managed to pull the whole team into their practice sessions and were able to pass. After that, Masashi became Toma's friend and a fellow member of the Kao Council, but he is worried about the growing rift between Toma and Ryo Fuyusawa.

Toma has been friends with Shion ever since their first year Ayanagi. They first met when Shion, Masashi and his team were having trouble with their choreography and Toma offered to tutor them. Though their first practice session didn't go well, eventually they managed to pull the whole team into their practice sessions and were able to pass. After that, Shion became Toma's devoted friend and fellow Kao Council Member. He is willing to do anything for Toma and worries about his health constantly.

Chiaki is Toma's friend and fellow Kao Council member. They both get along well and have a good friendship. Chiaki also respects Toma and doesn't bear a grudge against him. Though their relationship does get strained when Ryo Fuyusawa starts acting out against the Council for allowing Stardust to perform in Opening Ceremony. 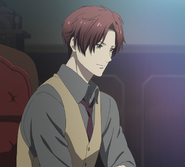 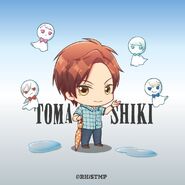 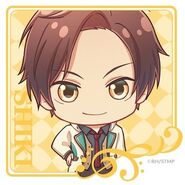 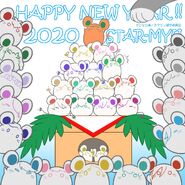