During his first year, Sazanami became a member of Team Tsukigami. He and his teammates (Yuzuriha, Akatsuki, Hiragi, and Otori) trained under Tsukigami Haruto. When Otori voiced out his desire to add a different arrangement to "Ayanagi Showtime", like most of the team, Sazanami sided against the suggestion. With the exception of Otori who withdrew, Team Tsukigami eventually passed the screening process and entered the Musical Department. 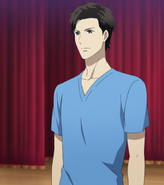 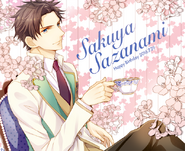 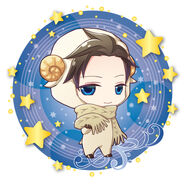 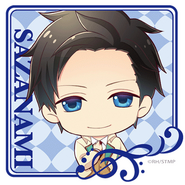 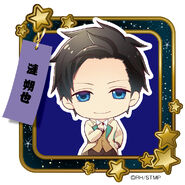 Retrieved from "https://starmyu.fandom.com/wiki/Sazanami_Sakuya?oldid=8012"
Community content is available under CC-BY-SA unless otherwise noted.