Otori has purplish-white hair which is slight wavy and that reaches his collar. He ties his hair back with a red ribbon. His bangs are long and parts to the left, covering his left eye sometimes. He has dark pink/red eyes.

The two were reunited again during their 1st year of high school. Although they were happy to see each other again, the two had clearly grown into different people. Along with Yuzuriha, Sazanami, and Akatsuki, they were placed on Team Tsukigami and passed the Newcomers' Debut Performance. However, Otori soon left due to the lack of freedom to do what he wanted within the team. Hiragi could never fully forgive Otori for this decision. Later on, on a rainy autumn day, Hoshitani chanced upon Otori dancing while attending the Ayanagi Festival. Otori didn't notice Hoshitani at the time. He also didn't pass the festival's performance test.

Ending Theme
Add a photo to this gallery 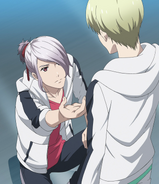 Episode 12 Full-length Image
Add a photo to this gallery

Episode 7 Eyecatch 1
Add a photo to this gallery 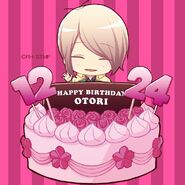 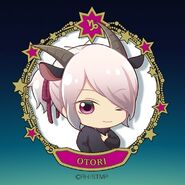 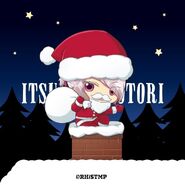 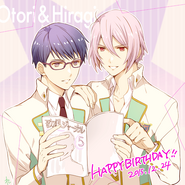 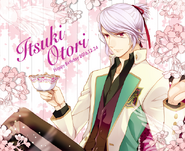 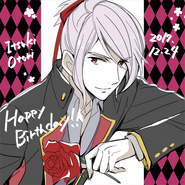 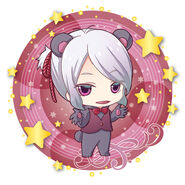 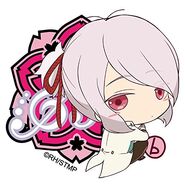 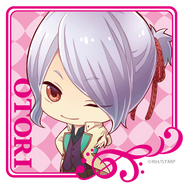 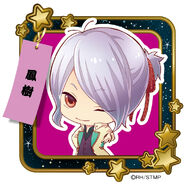 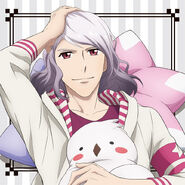 Retrieved from "https://starmyu.fandom.com/wiki/Otori_Itsuki?oldid=10784"
Community content is available under CC-BY-SA unless otherwise noted.