"I have to wake him up? There's no use pulling his cheek, shall I hit him with my frying pan?" - Nayuki Toru

Nayuki has a soft, and kind demeanor. This is supported by his soft yellow eyes and cream-coloured hair that is slightly curled at the ends. His bangs are also slightly curled to the left.

Nayuki wears his school uniform in the proper way.

Nayuki is somewhat timid at times but is a friendly and supportive person. He is helpful as seen when Hoshitani asked for his help in finding Tengenji's cat. Nayuki also attempts to be a peacemaker whenever there is a major conflict.

It's revealed in Season 1 Act 11 (and seen in parts of Season 1 Act 1) that Nayuki is more insecure with himself than he originally let on. Part of the reason he became friends with Hoshitani was because he thought Hoshitani could pull the weaker him along. For this and for making other assumptions about him, Nayuki apologizes.

Ever since he was young, Nayuki has had extreme stage fright. He would screw up the important part of any actual performance that he did.

During the Ayanagi Festival, Nayuki confessed to Hoshitani that he really liked him because of how Hoshitani had helped him and their teammates with their problems and how he turned them into a real team. Nayuki looks up to Hoshitani as an inspiration. He supports and trains with Hoshitani during Hoshitani's special training. Hoshitani notes that Nayuki is a bit like his mother when Nayuki does things like waking him up and making bento for him.

Hoshitani and Nayuki chanced upon him playing the piano one time during lunch. Hoshitani suggested that they dance to Kuga's playing. Kuga refused, stating his noodles would turn soggy. Nayuki was surprised to hear that was all he was eating for lunch and offered rice balls to him which he accepted. When Hoshitani offers Kuga to practice with them, Kuga says he will if he has the time.

The two knew each other from middle school and are able to exchange greetings with each other.

The two knew each other from middle school and are able to exchange greetings with each other.

Toraishi likes to eat the food that Nayuki makes ever since eating it for the first time during summer camp. Fondly addressing Nayuki as Nayuki-chan, he exclaims happily whenever there is an invitation from Team Otori for meals or Nayuki agreeing to make food for him. He even states that Nayuki would have been perfect wife if he wasn't a guy.

Yuki and Tsumugi are shown to be concerned about their older brother, Nayuki. From walking with him on his first day of school to giving him the family's secret recipe tea to calm his nerves, they would gladly help him out. In turn, Nayuki deeply cares about his sisters. He tried to punch Tengenji, saying he wouldn't let him lay a finger on his sister after Tengenji called Yuki to ask her to lend him her body (although this was revealed to be a misunderstanding). However, Nayuki does see them as a last resort for help as he knows how much of a handful they are to deal with due to their personalities. 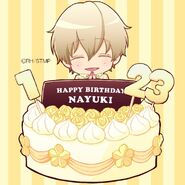 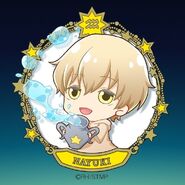 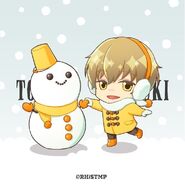 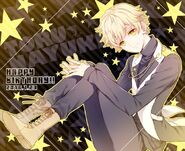 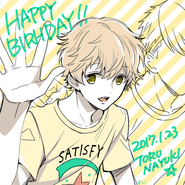 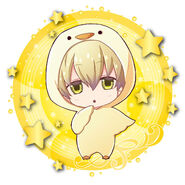 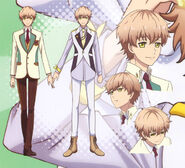 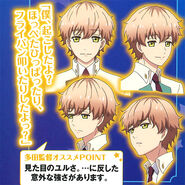 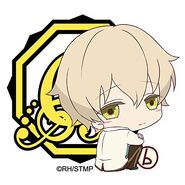 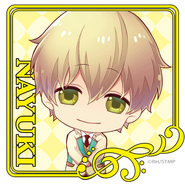 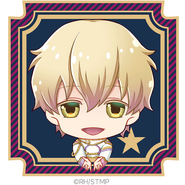 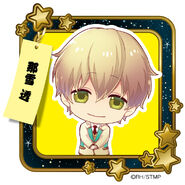 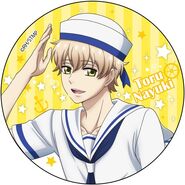 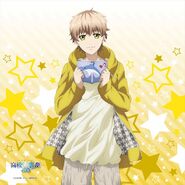 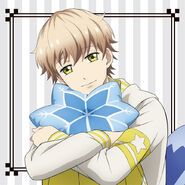