Ageha is somewhat of a narcissist as he believes that he is perfect. He asks if they can see the God inside him when performing the part of Tsukigami Haruto in front of his classmates.

Ageha and Nanjo were classmates during their first year in middle school. At that time, Nanjo spoke to Ageha for the first time. When Ageha revealed that he wanted to change his course to music course to follow Tsukigami Haruto's footsteps. However, Nanjo did not recognize Haruto's name and asked Ageha who is this person. This triggered Ageha to hate Nanjo from then on [1]. 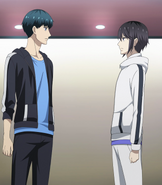 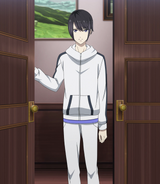 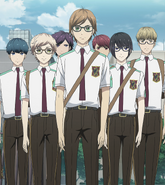 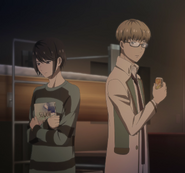 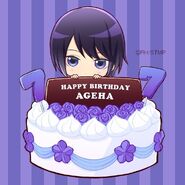 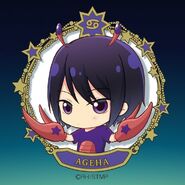 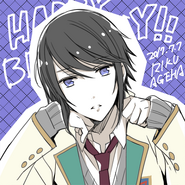 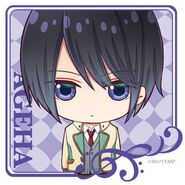