found this while browsing. 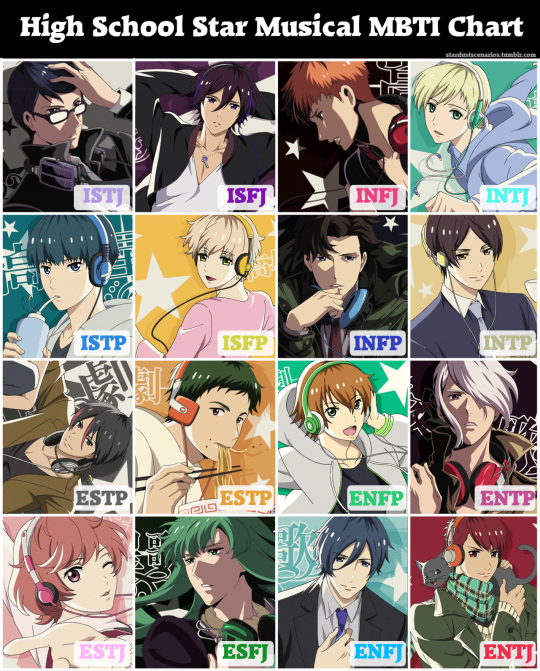 For example, Tsubasa (from what I remember) was more into actually preserving the school not for "himself" or even logical reasons, but for others ( mostly Fe ) (ISFJ)

Kuga Shu has the Lone Wolf personality, "loyalty" in itself isn't controlled by any function. (Well, Si is quite about aestethic and "sure things". He seemed not of that kind) ( ISTP )

Tsukigami Haruto being based on actions is actually a "merit" to say he is a TJ type. He is both mysterious and has that tertiary and powerful Fi in his sensibility about being compared to his brother. ( INTJ )

Tengenji Kakeru actually has the tradition-following part and the "liking" of his own aesthetics ( his kimonos are particular, from what I remember (?)) (ESTJ)

It's quite some time, tho, I don't followi the anime.

What do you think?